It is with much sadness that the club learned this morning that our legendary winger John Atkinson, 71, has passed away.
John was a superstar before the phrase was generally applied to sportsmen. A majestic and flamboyant finisher, he thrilled and entertained crowds in both hemispheres with his dash and bravado down the left flank.
He became the darling of Headingley during a period when Leeds played some of the most attractive and entertaining rugby in their history in a run of unprecedented success throughout the late sixties and early seventies.
In a side full of gifted players, the man who invariably claimed the vital tries took most of the plaudits – he was the icing on their carefully crafted gourmet cake. For such a powerful man he had grace, balance and a lightness of step that terrified opponents and enthralled his legion of fans and admirers.
Given a half chance by a centre of the calibre of Les Dyl and he was gone leaving clutching hands and despairing tacklers in his wake as he crossed the whitewash in another dash for glory.
He specialised in the spectacular, often long distance, tries – the kind that had Loiners and Great Britain fans off their seats or on tiptoes. Many of his three pointers came in major finals and were classic gamebreakers that heralded victory – at Wembley in 1968, 77 and 78, unforgettably in the Championship Finals of 1969 and 72, Premiership 1975, John Player 1973 and numerous Yorkshire Cups. Everyone who saw him in over 500 appearances for Leeds have their own treasured memory of an ‘Atky’ special, a long range stunner against Bradford in the 1978 Challenge Cup quarter final at Headingley readily springs to mind, and in full flight there was no finer sight.
He was feared and revered in equal measure, even the normally dismissive and sceptical Aussies enthused over his talent when he tore them apart on the 1970 Lions Tour, especially in the deciding Third Test in Sydney.
His international career spanned an astonishing twelve years (1968-80) and he played in an amazing four World Cups such was his durability and value. A great joker and dressing room character, he defied numerous injuries to register 340 tries for Leeds after being captured from Roundhay Rugby Union and from under the noses of Oldham and Halifax.
A magnificent athlete, he exhibited prowess at a number of sports and represented Yorkshire at various levels in running, boxing, swimming, gymnastics and cricket before turning his attentions to the oval ball. Whilst his scintillating attack won him his name and reputation, there are many opponents who would vouch for his robust defensive skills.
He was the hero of a particularly fortunate generation of Leeds fans who feasted on expansive play which was invariably ended with a try from one or other of the greatest and most consistent modern wing pairings to play the code – Alan Smith and the irrepressible John Atkinson.
Our thoughts and prayers go to John’s wife Carol and all John’s family and friends at this sad time. The team will wear black armbands on Boxing Day at Wakefield and we have requested a minutes silence before kick off to remember John.
John Atkinson – Rest in Peace. 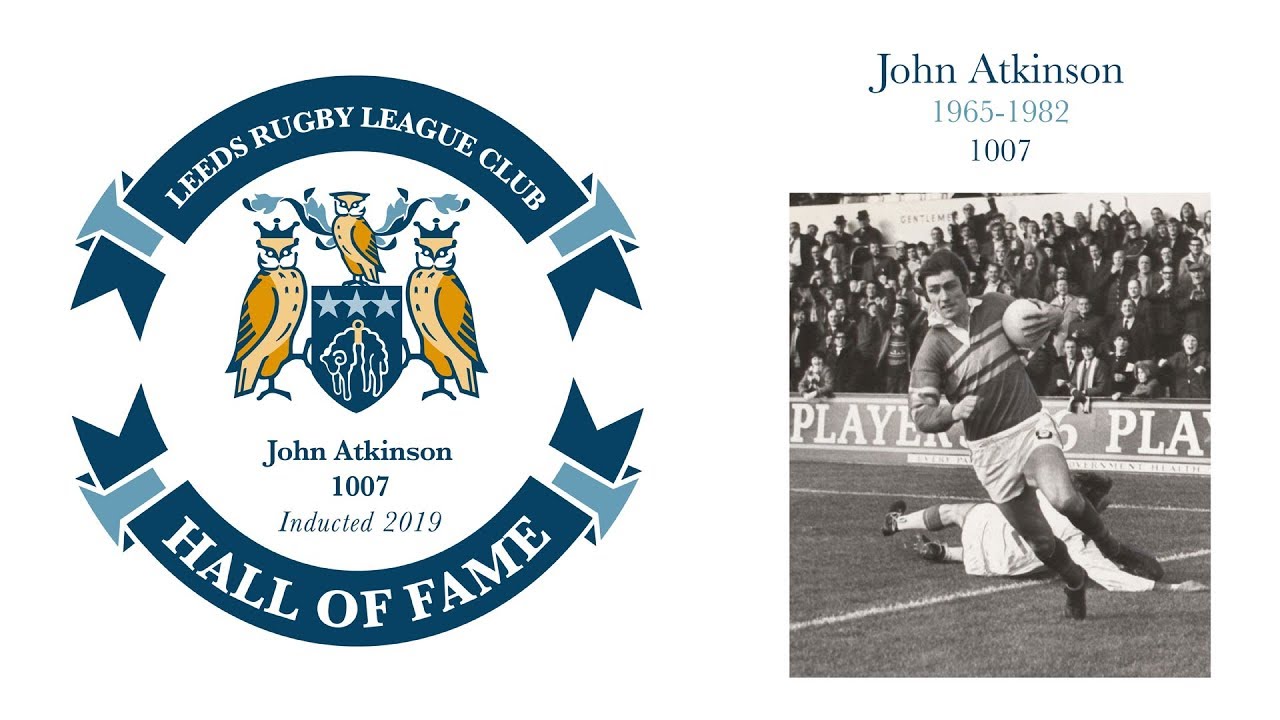