Leeds Rhinos Head Coach Brian McDermott has named his 19 man squad for this Saturday’s Betfred Super League Grand Final against Castleford Tigers at Old Trafford with Stevie Ward included despite dislocating his shoulder last Friday in the semi final win over Hull FC.
Ward spent Friday night in hospital before going into theatre on Saturday morning to have the shoulder relocated. He has seen specialists this week and will continue to have tests with the Leeds Rhinos medical staff during the week.
Ward’s inclusion means McDermott has named an unchanged 19-man squad from the semi final win last Friday. Commenting on the squad McDermott said, “Stevie was in a great deal of pain at the start of the week and is still unlikely to feature at Old Trafford however we will give him as long as possible to prove his fitness. They were unable to relocate his shoulder on Friday night because of the extent of the injury. Stevie was side lined during the 2012 Grand Final and of course missed out in 2015 because of  injury so we want to give him time to try and stake his claim for Saturday.”
The 19-man squad includes just five players who played in McDermott’s first Grand Final win in 2011 whilst Jamie Jones-Buchanan and Liam Sutcliffe are both included having been denied their place in the historic 2015 Grand Final win through injury.  Sutcliffe is one of six Grand Final debutants in the Rhinos squad along with Ashton Golding, Matt Parcell, Brett Ferres, Anthony Mullally and Jack Walker.
The squad in full is:
1 Ashton Golding
2 Tom Briscoe
3 Kallum Watkins
4 Joel Moon
5 Ryan Hall
6 Danny McGuire (c)
7 Rob Burrow
9 Matt Parcell
10 Adam Cuthbertson
11 Jamie Jones-Buchanan
12 Carl Ablett
13 Stevie Ward
14 Liam Sutcliffe
16 Brad Singleton
17 Mitch Garbutt
18 Jimmy Keinhorst
19 Brett Ferres
20 Anthony Mullally
31 Jack Walker 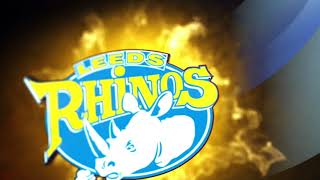